The Green Lake area has one more property that will be preserved forever.

The 300 acre parcel is officially named the Hutchinson Conservancy and the Conservation Easement (CE) on the land is donated in honor of Donald J. Hutchinson Jr., and Suzanne Kuivinen Hutchinson by their children Don, Chuck and Holly.

It has an abundance of natural wildlife and a recent bird count totaled over 70 species. The property includes the historic Bluffton Falls, which, during the 19th Century was the site of several water mills. It also includes a number of protected Native American burial mounds.

The family members will continue to use the land as before, and the property will not be open to the public. The land, located along County Road J, has been utilized for hunting, farming and recreation by the owners for many years and those uses will continue.

The conservancy says the family came to love the land, and felt strongly that it should be protected for posterity, which is why they approached the Green Lake Conservancy to discuss the preservation of the site through CE.

According to a press release, a CE is a grant of development rights by the landowner to the Conservancy.

Under a CE, the landowner essentially says, “I am entering into this agreement to ensure the land I love will never be developed.” The landowner’s objective is to preserve the forests, meadows, farmlands, lake and river shores from development forever.

Sometimes the owner’s motivation is to honor an ancestor who had owned the land; other times the owners simply love their land and want to preserve it. The State of Wisconsin has enacted laws that permanently protect land placed in CE.

The process of developing a CE involves making a number of site visits, typically over a period of several months, to document the property in its current state.

This includes a recording of many of the plants, birds, and animals that live on the site, and also a careful documentation of the land through photography. 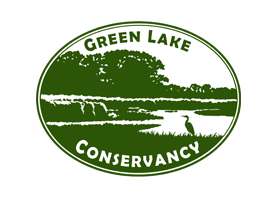